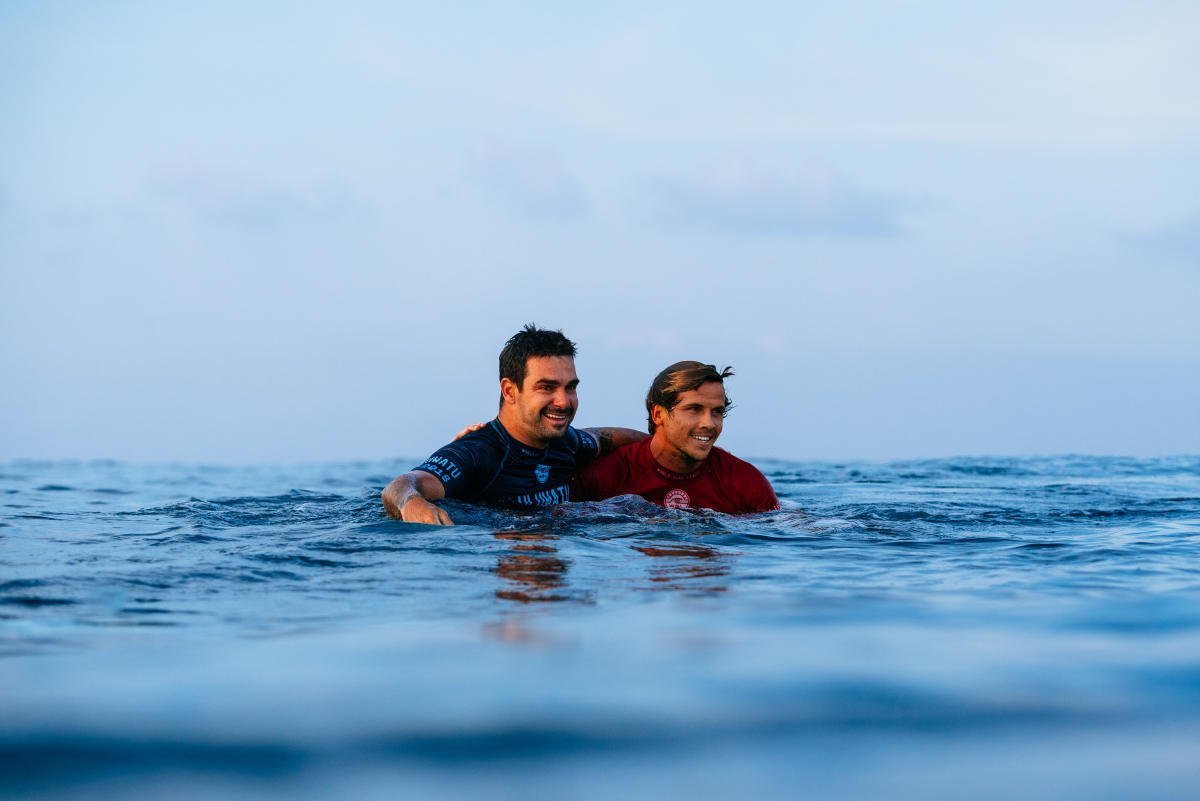 We’re only three days removed from the last waves ridden at the Uluwatu CT and I’m already longing for more. It wasn’t the epic barrel fest some of us were banking on. It wasn’t big, perfect reeling left-handers either, but it was a stroke of genius by the WSL to continue the canceled Margret River Event on the Bukit Peninsula.

Jumping straight into Round 3 for the boys and the Quarter Finals for the girls meant business right from the start. Uluwatu didn’t spoil us with the same kind of drama Keramas did last week, but it definitely showed flashes of intensity – especially during the quarterfinals. What Uluwatu lacked in drama, it made up for it with plenty of emotion, the art of floaters and a final, that coulda been straight out of a Hollywood movie.

The man of the hour

I could take the easy route here and say, Willian, the Gentle Panda, Cardoso for taking out the 100k prize purse. Or perhaps Juelz Wilson for reclaiming the yellow jersey and sitting at the top of the food chain heading into Jeffrey’s Bay but I’m going with the Brazilian storm as a collective. The Storm has turned into a category 5 hurricane that can’t be stopped! 4 out of 5 events were taken out by a Brazilian surfer. 5 members of the Brazilian storm are currently sitting in the Top 10, while four of them occupy spots 2-5. If that’s not total dominance, then I don’t know what is.

Let down of the event

There were many. Italo’s crash and burn exit in Round 3 was a bummer. Mikey Wright’s last-second heroics not being rewarded by the judges against Cardoso was another one, but the no-show of the champ topped it all. John John busted his knee in a free surf, post-Keramas-exit and is likely done for the season.  My biased- self was shattered not only because I had him on my fantasy team, but also because I felt Uluwatu could have been the comeback event for John. Instead of collecting points for the both of us, he will now collect votes for a WSL injury wildcard at the end of the season.

Kolohe Andino is my man for this one. For me, he was the stand out of the (short) event and maybe – just maybe got robbed in the semis against Julian Wilson. Arguably the most clutch performer on tour at the moment draws backhand lines like no one else since Andy Irons. His perfect blend of power and style makes him my favorite non-favorite to dominate Jeffreys Bay.

The woman of the hour

Duh, of course, Tati Weston – Webb but then again, she is more the woman of the last two weeks. As impressive as she was, this one has to go to Johanne Defay. The girl is a fighter and surfs like one too! What we saw in Bali wasn’t always pretty, it wasn’t always impressive, but it sure was well deserved taking out World Champ Tyler Wright in the semis, and most in-form surfer Tati Weston – Webb in the final.

Let down of the event

Tough one, but It has to be Steph Gilmore’s performance in the semis. A 2.50 heat total from the queen of surfing is just.., well, disappointing. Perhaps most surprising was her (poor) wave selection with priority, something we rarely see from the 6x World Champion.

Honestly, I don’t see anyone other than Carissa, Tyler, or Steph making much noise in South Africa.  I’d love to see Tati and Lakey having a hoot or Silvana Lima going nuts with some spicy little airs, but I predict that it will be a top three kind of affair. Steph is as good as anyone at J-Bay, and yes, that includes Mick Fanning and Joel Parkinson too. Carissa’s power turns are hard to beat, and Tyler Wright is an absolute beast in long, wally, righthand- pointbreaks.

The claim of the Event

Barton Lynch and Joe Turpel are the best WSL commentary duo! Pottz might be on the hunt to coach someone soon.

– Has anyone heard from Kelly?

– Bali Bagus, until next year!