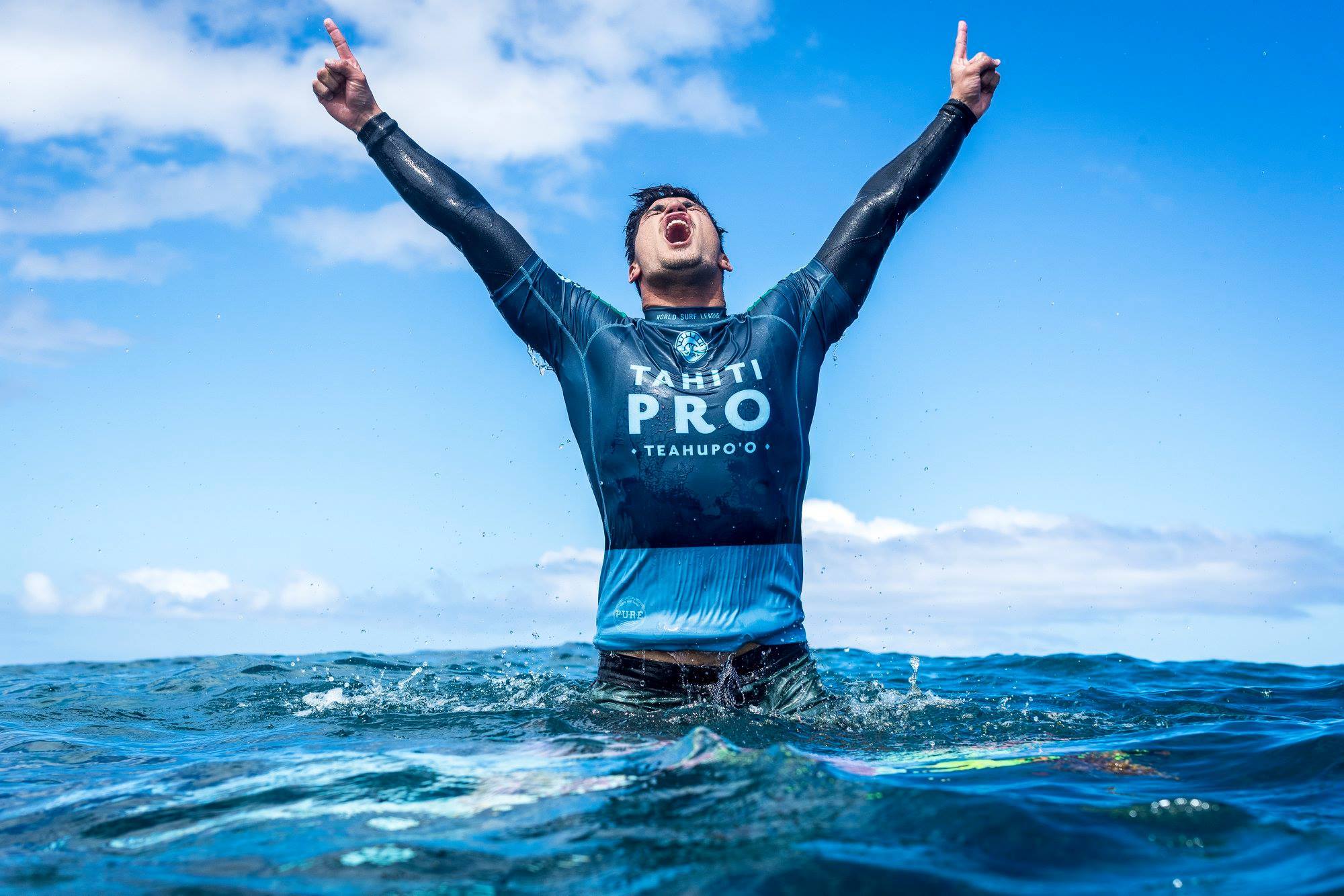 Tahiti is a magical, postcard-material paradise and home to one of the most challenging waves on tour. A hollow lefthander that bends around a shallow reef, often serving up thick and spitting cylinders of joy for the ones who manage the late airdrop- bottom turn-two hand stall combo to conquer the unruly beast of Teahupo’o.

Teahupo’o had different plans this year. Although Tahiti still maintained the paradise feel and possibly the best backdrop in surfing, Teahupo’o transformed into a South Pacific beauty, churning out rippable walls and air sections we are used to seeing in sunny California aka Trestles aka Surf Ranch- maybe?

In the absence of treacherous barrels, John 2x and Kelly Slater, it was others – mainly the Brazilians, who came flying out the gates early. While John John was nursing his knee and Kelly scrubbing his wave pool, the likes of Medina, Felipe, and Italo Ferreira dominated the early rounds with some Brazilian storm furioso.

The early rounds, in particular, added some drama. The Round 2 match-ups revealed some emotions, some flair and probably the most ill-advised claim in WSL surfing history. Needing a 7.23, Willian Cardoso tucked into a Teahupo’o gem, came out with the spit and then..laid down the claim of all claims for a 7.17 or for the more dramatic ones among us, 0.06 of a point shy of the score needed. Seriously, any maneuver would have added that small margin of a score – literally ANYTHING! To be fair, I would have thought the claim itself would add the 0.06, but what do I know, I’m no judge.

No real surprises, but plenty of upsets in Round 3. Hometown Hero Michel Bourez crashed and burned (again) in his backyard, and Jordy Smith came up short (excuse the pun) in an all South African battle against Michael February. The tall gent from Cape Town is like a blast from the past – part old-school Larry Layback, part new-school artistic freak. February impressed and quite frankly, surprised with precise tube riding, great hair and a mean 12 o’ clock backhand attack well into the quarterfinals, making it his best World Tour finish to date.

Speaking of best finish, Medina and Chopes is just a match made, wild, love affair with the occasional heartache but plenty of fire. The kid is so good – period. I mean everyone keeps talking about Felipe and how dominant his surfing has been so far in 2018. Of course, he’s been terrific, there’s nothing to argue there.

Toledo is a future multiple world champ with a sky-high ceiling  – no questions asked but Medina has that special something, that flair mixed in with killer instincts and AI-like competitiveness that makes him truly special. Medina is a slayer, a sly assassin who preys on his victims and when the time is right, unleashes his full repertoire of tricks without mercy nor mistakes.

His performance on finals day – especially the two air, tail blast combo in the semis against Jeremy Flores was a work of art. Once Medina is on a roll, and he puts aside his diva-esque attitude, no one can stop him, not even dry reef, not even Owen Wright, no one! Even with almost no time left on the clock and with his back to the wall he somehow finds a way to nab the win away from Owen Wright to go on and win his second Tahiti Pro Title.

With only four events to go, the World Title race is wide open. Australia, South Africa, Tahiti and, depending on how the Surf Ranch pans out, USA all still have a claim to the surf throne. And since the WSL appears to have ditched the Facebook-only experiment, I for sure will be watching how it’ll all unfold.

Claims are made, bets are placed, friendships put on hold – I like where the 2018 version of the Dream Tour is headed! California’s up next. Man-made waves on tap in Slater-territory spiced up with air shows and a Blink 182 live gig – what could possibly go wrong?