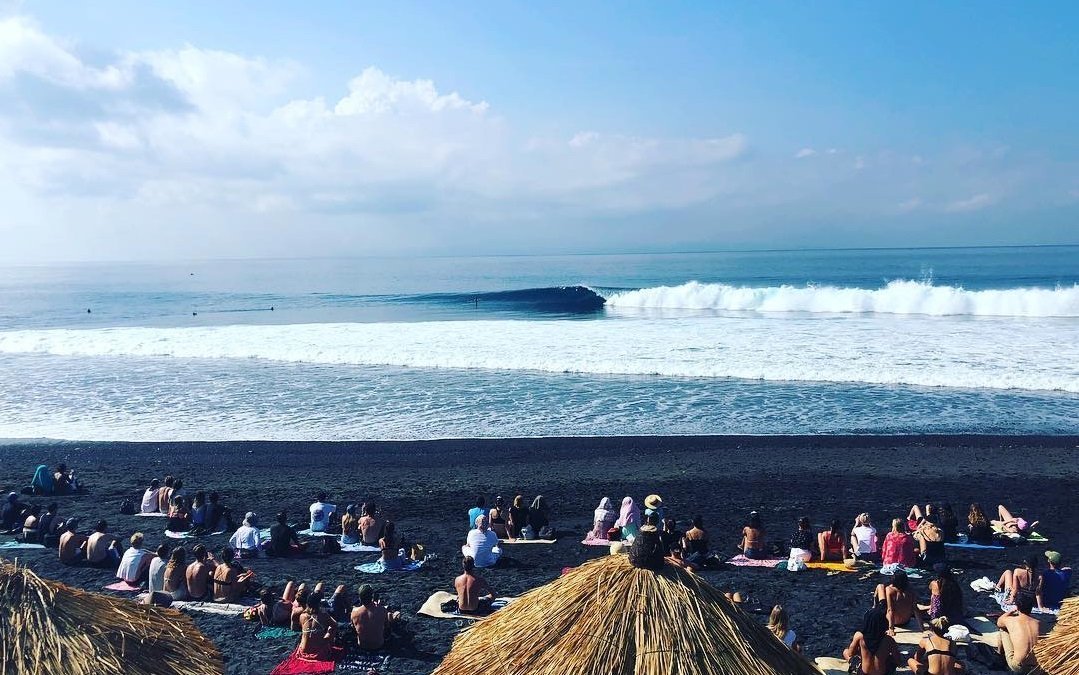 Truth be told, I was skeptical at first when the WSL announced the return to Keramas, Bali after a 5-year hiatus. Why would the WSL put on a contest on the east coast of Bali at the end of May? Wrong season! Tradewinds are howling, and wave consistency is far from perfect. I put it down to “oh well, they messed it up again,” kind of thing. Quite frankly this wasn’t really a shocker to me after the faux pas in Hawaii, the decision to dump Fiji and (for many) the controversial call to cancel the Margaret River event.  But oh boy, I was so wrong!

Sure, onshore winds showed up. They showed up pretty strong each day around lunchtime which wasn’t too much of an issue for the boys and gals to put on a clinic at the Island’s best right-hander in the early hours though. And what a clinic it was! Keramas had everything. Epic match-ups and huge upsets. Reef cuts and broken boards. Politically incorrect paddle-battles and well… It had Italo Ferreira.

Italo  spins faster than anybody else on tour, and his sky-high perfect 10 in the semi-final was the highlight of a pretty remarkable run by the 24-year old Brazilian. What’s even more impressive than his Toledo-esque ability to fly is the distance he is able to cover each time he launches into the sky. He is the real deal with a whole arsenal of freaky tricks, turns, and dance moves. Just ask Michel Bourez, who got dominated in what was perhaps one of the most impressive final performances ever in a CT event.

Speaking of impressive performances, it is really good to see that the WSL finally gets it and gives the girls the chance to showcase their talent too. No more, “let’s send the girls out in 2foot, onshore slop and see what happens.” Rightfully so, the ladies were given an opportunity to compete in some pretty epic conditions and oh man, did they deliver. Sally Fitz got the barrel of THE event, Tati Weston – Webb has the meanest backhand attack, Steph is, and ever will be, the queen of competitive surfing, while Lakey Peterson’s flow, speed, and swag make her the most complete female surfer on tour at the moment. The performance gap between the gents and the gals is definitely closing, and I can’t wait to see them light up at Uluwatu next week.

What I also can’t wait to see is John John’s impressive run to re-qualification next year. All jokes aside, John finds himself at the bottom end of the rankings, and after a pretty disappointing start to the year, it’s about time that Mister Florence starts doing what he does best – dropping wallets, tweaking airs and dominating the other kids on tour. John’s dip in form also lets me wonder if we might see Ross Williams back in the commentary booth soon – Maybe?

Keramas wasn’t particularly kind to a few other top dogs besides Florence either. Julian Wilson, Parko, and Owen Wright traded salty choco kegs for lukewarm Komune Resort  pool water in round 3. Medina lost a paddle battle, his dignity, and the heat in round 4 while Courtney Conlogue and Carissa Moore said bye-bye in Round 2 and Round 3, respectively.

Inconsistent performances from the worlds best throughout the 2018 season have left the world title race wide open. None of the usual suspects has really overwhelmed so far – except perhaps Steph Gilmore, Lakey P and at times, Julian Wilson and Holy Toledo, which makes up for a pretty exciting second leg of the tour.

The Uluwatu CT is next. A replacement event for the always subpar Margeret River Pro is a blessing in disguise, not only for athletes but for spectators too. I predict fireworks. I predict mental barrels and stealthy airs. I predict a better John John Florence* and an improved Carissa Moore, and I predict Jordy Smith taking out the whole thing too. Big South African power turn/backside barrel combo on azure blue canvas – It can’t get much better than that!

*JF injured both his ACL and LCL while free surfing and might be out for the remainder of the season – He might have just entered the injury wildcard race with Kelly Slater and Caio Ibelly for 2019.