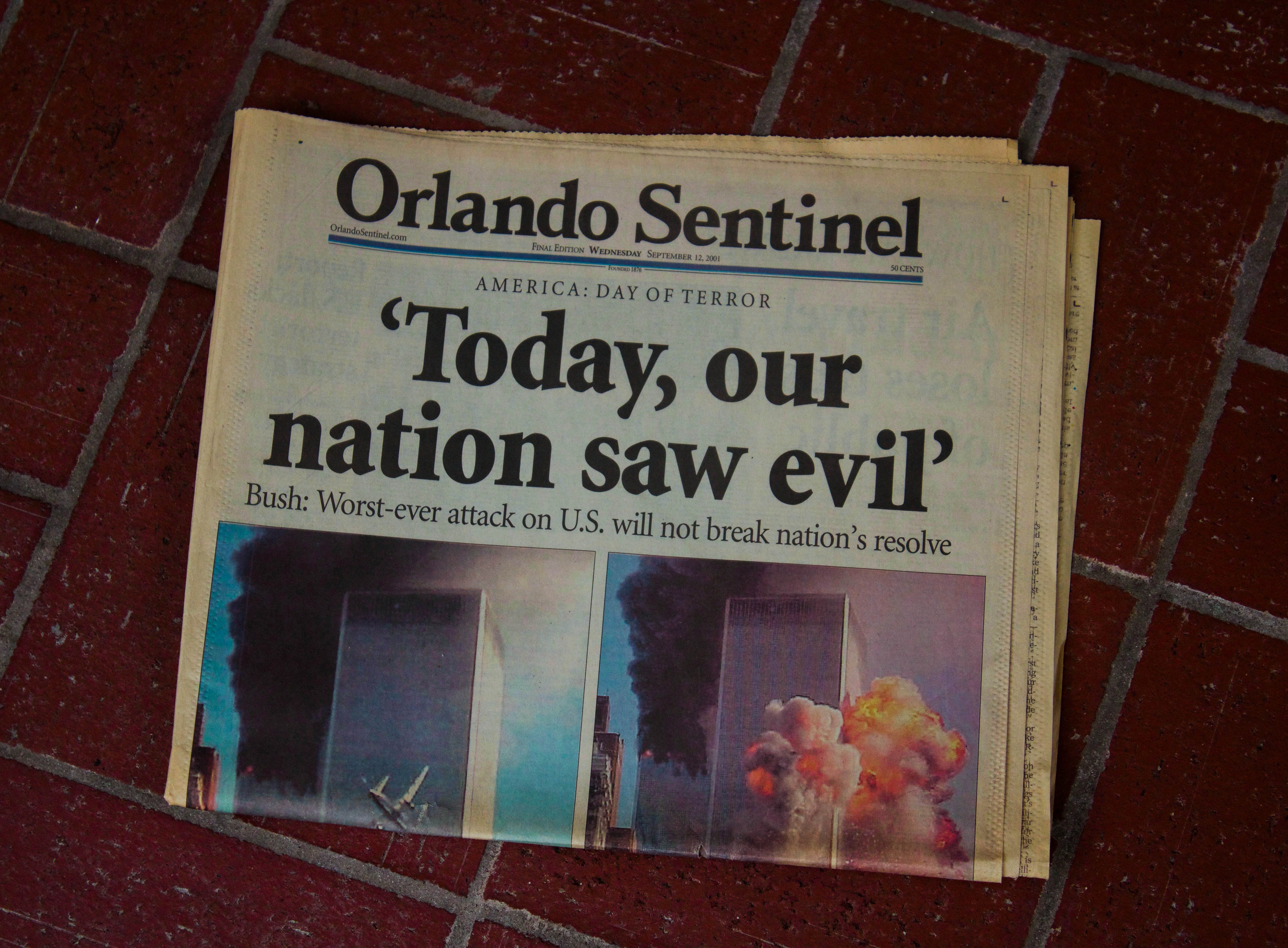 “I became a journalist to come as close as possible to the heart of the world” — Henry R. Luce

I loved this quote from the minute my dad showed it to me when I was still in middle school. I thought it was the greatest thing to go to places others can’t, to tell people what they don’t want to hear.

I remember watching the news with my dad one night and see this thirty-something-year-old man reporting from what was then, the Socialist Federal Republic of Yugoslavia, about a war that was foreign to me, from a country I never heard of, about an issue that scared but intrigued me at the same time. I also remember him standing between two buildings, completely destroyed by recent NATO airstrikes and I could hear gunshots and commotion in the far distance. He wasn’t fazed in any way or seemed scared. He just stood there in his suit and tie, slicked back hair and a microphone in his hand talking to the camera. At that moment I thought he was the coolest person ever lived. An anti-hero who wasn’t trying to save the world but instead tells people — kids like me, who have no clue how the world works, what’s wrong with it.

I realized back then that the world wasn’t just nor honest. What I didn’t comprehend, however, was that the media wasn’t either.

A resolution that hasn’t changed since the Yugoslav Wars, or any conflict after that and it has only gotten worse with globalization and the advancement of new tech.

The way we consume news has changed drastically over the years and as a result, has turned the pillars of news reporting and the structure that hold the profession of journalism together upside down. Established, more traditional news sources are disappearing or are replaced by other, more streamlined and instant media alternatives. This shift in behavior has not only lead to a more progressive way of how we consume information but also on how we process and later use it.

While speed and alternatives often make life easier, connectivity and choice are two fundamental components that fuel the crisis the media industry finds itself in. There is nothing wrong with journalism or the media per se, but the system of news-telling is failing. We live in an era where information is traveling at a rapid speed. Messages are often delivered by sources that aren’t always credible and that in return creates problems. Credibility or the lack thereof bares pros and cons — pros and cons, journalists and media outlets are more than willing to exploit.

Of course, it’s a lot more compelling to display real victims in war zones or use bystanders to tell viewers their take on a story, but it can also lead to manipulation by portraying false personas — created by the media or journalists as a tool to persuade or “sell.”

Over Glorification of news isn’t just a thing in Corporate America but in Corporate Spain, Germany, Australia, UK, Brazil, etc. too. It happens everywhere, all over the world and our society as a collective is to blame for it. We live in a system where everything, absolutely everything is driven by greed, profits, and personal gains. As a result, media outlets are often set up and managed similarly to large corporations.

The problem with it all; news outlets aren’t enterprises and neither should they be looked at, operated or maintained as such entities because it leads to sacrificing true (relevant) information for messages that sell.

This is where the game of indecency begins. Media outlets and journalists present and package up information or news, so it aligns with what they would like it to be, rather than what it really is. True Value vs. Face Value — and we as people are prone to reject the former and embrace the latter. Or in other words, we are buying into this game of manipulation by following what the media dictates rather than educate ourselves on a matter out of personal interest. We accept facts — even distribute them — that are in reality opinions and propaganda messages created by journalists and news outlets. These messages we mistake for the truth, are carefully disguised and sold to us as the reality — our reality through social media and instant news alternatives.

This creates false perceptions and own truths. It builds individual “realities” that might disclose a grain of truth but also refuse to look at the big picture.Take Social Media as an example. The information people digest through Facebook, Twitter, etc. is almost always incoherent because the messages are based on personalized algorithms which in return are based on personal preferences & beliefs, previous likes & shares as well as previous interactions.

It’s ironic because we feel in control when in reality it’s the (mis) information that’s controlling us.

“A falling tree makes more noise than a growing forest.”

At first glimpse, this old African saying seems somewhat innocent, but it explains current news coverage so brilliantly! News outlets and reporters are masters of deception. They update, broadcast and report on events that aren’t news at all but instead recycled, old, often cynical or trending topics sold as new. They occupy our brains and cloud our judgment with a whole lot nothing — wasting air time with themes that warrant a spot in a gossip column at best.

Why or if Meghan Markle’s father will or won’t attend the wedding is irrelevant. The same rule applies to updates on Justin Bieber’s relationship status or Trump’s golfing days.

No matter how journalists want to spin or portray it — issues like that just don’t deserve prime real estate on a front page or during the daily news. It’s a systematic approach to dumbing down an entire population, and journalists, as well as news outlets, should be held accountable.

A journalist is a citizen in service of the society to administer and/or share a collective asset which is the right to access information. We all have equal rights regarding information and journalists, news outlets, and media in general need to stop to pretend that A, they are somehow superior and B, assume that the data belongs to them. It doesn’t. It never had and it never will, and they must make a distinct difference when delivering, or withholding information between telling a story that fits their employers’ image or revealing a narrative based on true accounts.

Problem with that; journalists are often getting punished for actually doing a good job. Penalized for telling how things really are without fabricating or glorifying facts. Thrown in prison, stripped of their employment or discredited for exposing shady deals, abuse of power or political cover-ups — see Ecuador, USA, the UK for instance — Freedom of speech? Where is that freedom of speech exactly? The phrase comes up all the time, but it really doesn’t mean anything if no one is indeed held responsible for committing to a message delivery that’s based solely on the truth.

Even more so, we have to ask ourselves if a society can be considered truly free when the fundamental right to access information and more importantly the truth is controlled by private companies and/or countries driven by profit and/or propaganda.