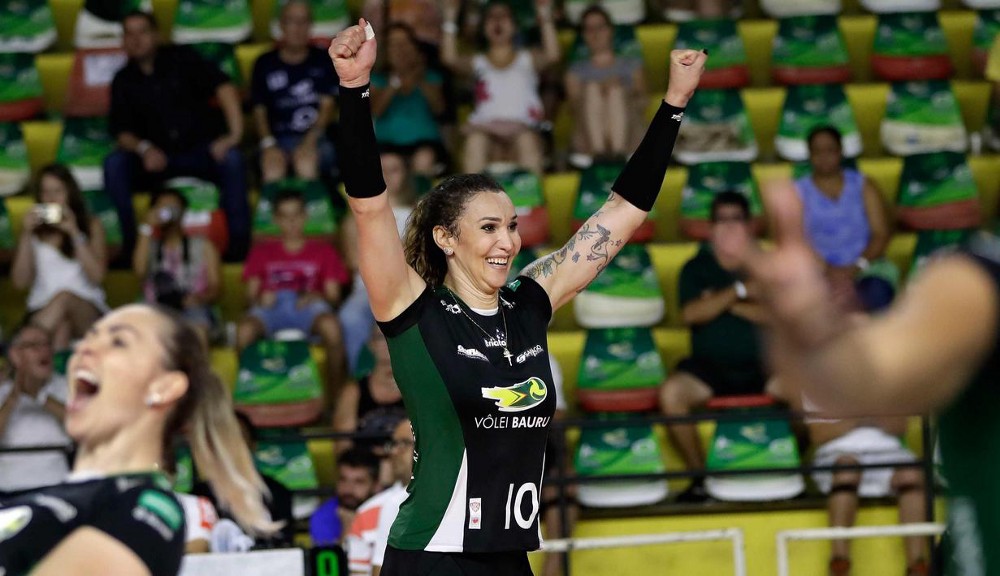 A few days ago I had coffee with a good friend of mine. As Millenials usually do, we were both playing, swiping reading on our phones rather than talking to each other while waiting for our order. Perfectly content with ignoring each other at what supposed to be a weekly catch up of two pals, my buddy breaks the silence with an almost euphoric "holy crap, that's crazy." He was referring to a news article he stumbled upon about a Transgender - born man, making her debut in Brazil's Professional female volleyball league. Halleluja, it was on! The space that was previously occupied by two boys playing on their phones turned into a verbal cockfight. "I don't really care what he or she wants to be - that's all G with me, but it ain't fair that a legally born male, whose body has been built with testosterone all life long can compete against girls," my friend insists - And who can blame the guy. On the surface, he is absolutely right, and most of the other female players agree with him anyway. Case closed - Water under the bridge - moving on.

But wait a minute.  Does that mean that she/ he/ze or whatever the heck people want to call her shouldn't be allowed to be a professional athlete? One side of me thinks it's strange to punish someone for having the courage to pursue something they truly believe in. I mean, it's not that you can just hack off your ball sack whenever you feel like being a woman and buy a new set of cojones at seven elven the minute you get sick of your feminine side. It's a life-altering, irreversible decision and not some phase or trend one might go through. I have never had my third leg chopped off, but I can only imagine that someone who is willing to go down that path has endured enough suffering in life and shouldn't be punished nor oppressed to continue a job, career or professional sports for that matter.

But then the evil side in me thinks it's completely nuts to have a professional male athlete -turned female player being able to smash volleyballs past opponents heads that are half her size. Let's face it. There is no denying that for most of her life, Tiffany Abreu was a man. She wasn't just any ordinary man; she was a hard-hitting professional athlete who played in men's leagues around the globe including Brazil, Portugal, Indonesia, France, Spain, and Holland. It wasn't until 2012, Abreu was 28 years old at the time,  stopped her professional career and became a woman. A bunch of hormonal treatments, a sex reassignment surgery, a new name and a new purpose in life later she was informed by her agent that she is eligible to play again, but this time as a woman.

Long story short, she signed a contract with a kind of shitty team that plays in an even shittier stadium in front of a laughable crowd but walked away with a win, MVP award and 25 points to her name in her very first game. She is happy, her fans are happy, her coach is happy while the rest of the league is pissed and want her out.

Understandable or just a bunch cry babies - I let you decide which flag you want to wave. Fact is tho; no one was prepared for it. For the most part, we live in a beautifully progressive world. We think of equality - we fight for women rights -  we accept gay marriage - we have McDonalds Drive-Thrus and stick family car decals, but we haven't quite figured out the whole transgender thing. Which bathroom they should use - What to call them - Shemale vs. Ladyboy or if trans people eat the same food as non-trans folks are seemingly things people struggle to answer. Seriously though; In a world where we can't even agree where transgender people are supposed to take a piss at without having US senators at each other's throats, and Basketball All-Star Games moved to different states, I think it's only fair that people have a hard time figuring out how to include professional transgender athletes.

Or is it? It's pretty freaking simple actually. The magic word is SCIENCE. Adequate testing of all sort of shit has long been a part of professional sports. Whether if performance-enhancing drugs make you run faster, or sex before big games gets your brain out of whack or if genes are responsible for black athletes kicking white athletes' ass in pretty much every sport, people are obsessed with scientific data. You don't have to graduate from medical school to know that men have a higher testosterone level than women and I think that's a good way to start.

Test each transgender athlete quadrillion times; If his or her testosterone level is in line with his or her opponents (male turned female, and woman turned man vice versa) then they should be able to play volleyball, run a marathon or toe wrestle the shit out of people without the trans label constantly stuck to their foreheads.