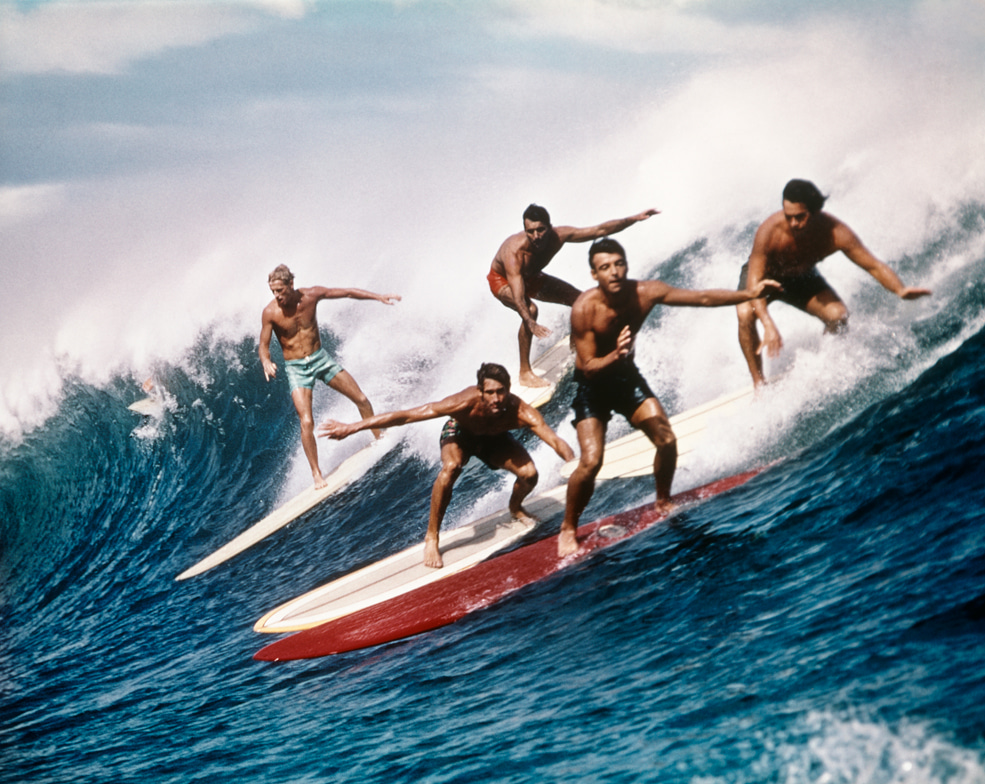 Is surfing too white?!

The short answer to this question is: maybe (a little?!). The long answer, however, goes something like:

"At first glance, not really, but if you look a little closer and beyond the Corona showers, wave ranches, and the Brazilian storm, the surfing landscape looks kinda… white. Is it racist? Well, it's not golf - with its white (plus Tiger), privileged, country club ambiance - but it's not exactly the Asian Games either. But what do I know, I just lost my Apple Watch in 1ft ripple-riding.”

Fast forward, post Find Me App downloads, I delve deeper into race in combination with H20 and board.

When you look at the surfing landscape - especially on a professional level - melanin seems to be in short supply. No matter what way you want to twist this, most surfers on the WSL World Tour, men’s and women’s, are white.

But, that's not entirely the World Surf League's fault. In my opinion, surfing's governing body is making great strides to diversify its pool of athletes - creating initiatives to broaden the horizon of professional surfing beyond the world's most influential surfing nations like Australia, the USA, Brazil, South Africa, and certain Europe countries.

The WSL’s efforts are a step towards a more diverse and integrated future for the sport, but it doesn't change the lack of pigmentation in most lineups.

Is surfing racist? Not so fast. Before we play the race card and get those Colin Kapernick jerseys back out of the attic, we need to understand why there's such an imbalance of ethnicities and cultures around our lineups.

ERROR IN THE CODE

Talking race problems and whether surfing is too white might sound crazy for a sport that was made famous by Hawaiian royalty, but that's exactly where the misconceptions start.

Duke Kahanamoku did not put surfing on the map for the rest of the world; he simply re-introduced it. Sure, he is the father of modern surfing, and a pioneer surfers around the world will cherish forever.  But surfing had existed in Hawaii long before Duke.  Its existence was interrupted and threatened somewhere between the European and American imperial expansion into the Pacific and Duke's first-ever surfing exhibition by, let’s call it, an error in the code. That error was the arrival of Calvinist missionaries.

The introduction of faith, in particular, Calvinism in the Pacific Basin, resulted in the near-disappearance of Hawaiian (Polynesian) culture, and with it, the art of surfing.

The religious newcomers saw surfing as a pagan activity, and the sport's mixing of the sexes shocked the European settlers’ delicate sensibilities. The late 1800s became a bad time for Hawaiians (or anyone) who attempted to put a board on a wave, as surfing largely vanished from the archipelago's daily scene – replaced by crucifixes and white Anglo / European control.

It took almost two decades for surfing to make a global comeback at the hands of Duke Kahanamoku and his entourage. But by that time, beaches in the US, Australia, and South Africa were already predominantly white, thanks to the racial and socio-economic segregation that is the real culprit responsible for the mess surfing is in today.

Even though people from an ethnic minority group re-introduced the sport, they were also unwittingly responsible for a modern surf culture tainted by a historical “Whites Only” narrative. Duke and his cohorts traveled the world and participated in surfing exhibitions on predominantly white beaches… If it weren’t for Duke, Freshwater Beach in Sydney might have never been the host of surfing’s first ever exhibition.  And if it weren’t for Duke’s move to Newport Beach, who knows, surfing might have never made it to the Golden State.

RE-INTRODUCED BY A MINORITY, TO THE PRIVILEGED

Again, I'm asking the question, "is surfing racist?" And again, the answer lies somewhere in between. It's not that, as surfers, we are bigots, but it's that discrimination is a byproduct of what we understand as modern surf culture.

The lack of diversity in our sport directly correlates with access. Access – that big dilemma that continues to haunt surfing today. If in the early 1900s beaches were already predominantly white, then where do you put all the other people? Well, everywhere else, just far enough from all the privileges.

So, if you can't get to the beach in the first place because you are: (A) too poor; (B) live too far away; (C) short on resources; and (D) perhaps worried that you are not welcome there… how the hell are you going to surf?

Still today, beach towns in the States and Australia are overwhelmingly white and upper-middle-class, and the same rules apply to most of the lineups too. Even though most people would never admit it, our DNA is corrupted by ideological imperialism, shaped by this history.  Our biased brains tell us that some faces, some colors, some groups "just don't surf."

THE LIGHT AT THE END OF THE TUNNEL

At this point one might argue that the surf culture looks like a totally hopeless screw up when it comes to diversity, but it's not all bad. Look at surfing as a recreational sport, for example. The whole world surfs! Hawaiians, Indonesians, Africans, Chinese, Germans, Japanese - even landlocked countries like Switzerland or Austria, they all surf. Just the other day, I met a surfer from Iran. Hell yes - now it's just time that the surf media acknowledges that not everyone who surfs needs to be white, wealthy, and living close to the beach.

Professional surfing might be taking the scenic route, but the likes of Mikey February, Jadson Andre, Amuro Tsuzuki, Cinta Hansel, and Rio Waida are all proof that change is happening pretty damn fast.

So, one last time: is surfing racist? No, because surfing itself doesn’t oppress or discriminate. That happened before, apart and parallel to the whole activity and subculture of surfing. Modern beach culture and its historical segregation is to blame.  Surfing just happens to be a byproduct also affected by that phenomenon as a whole.

Best Bet June/July: Where To Surf To Get The Most Out Of Your Trip

Summertime in Europe is bittersweet. Long warm days, plenty of days off yet not much happening in the surf department